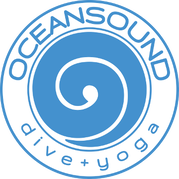 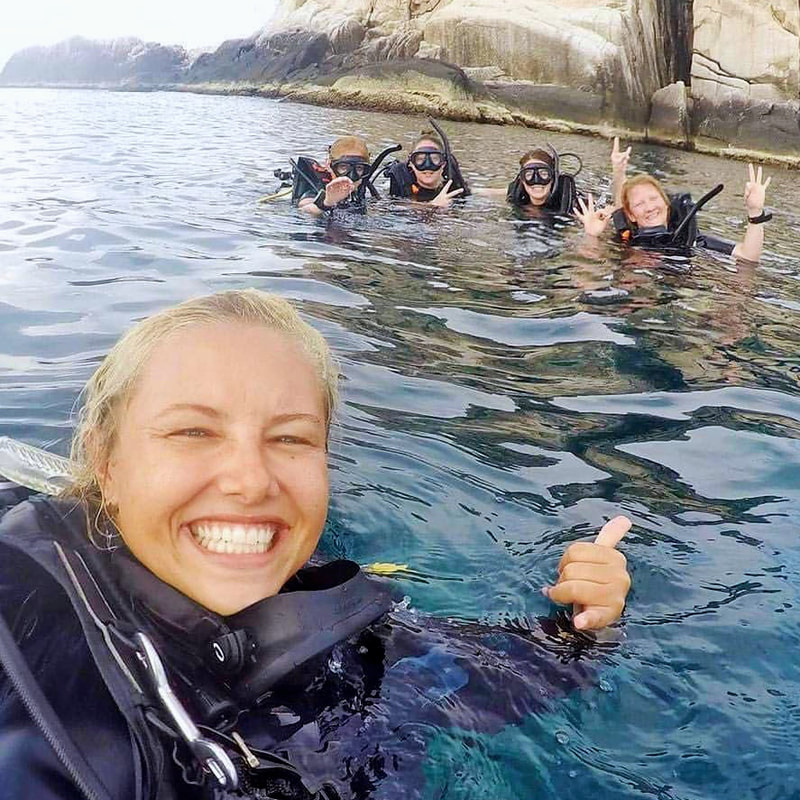 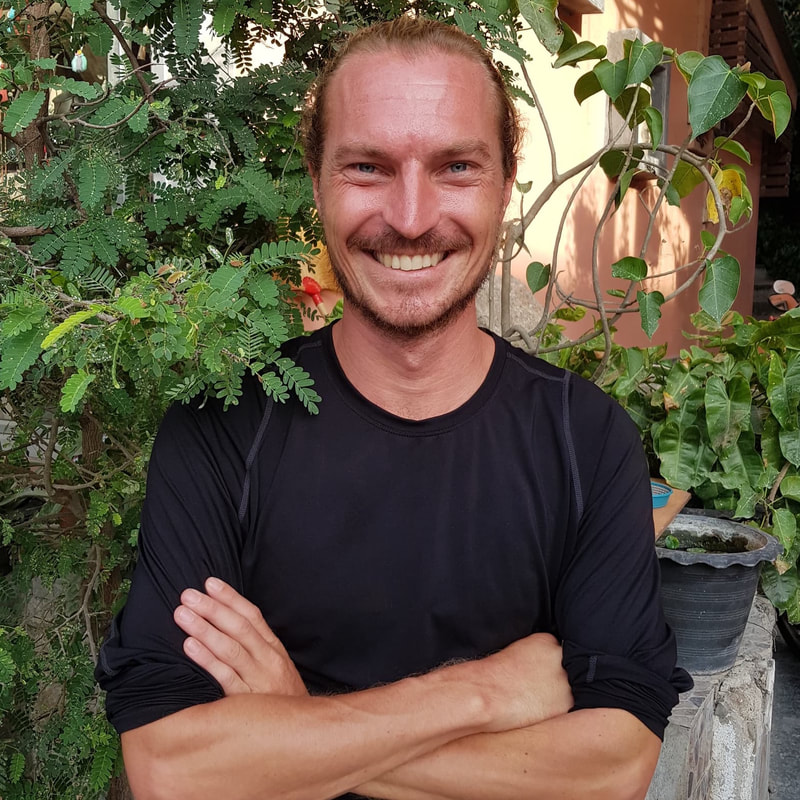 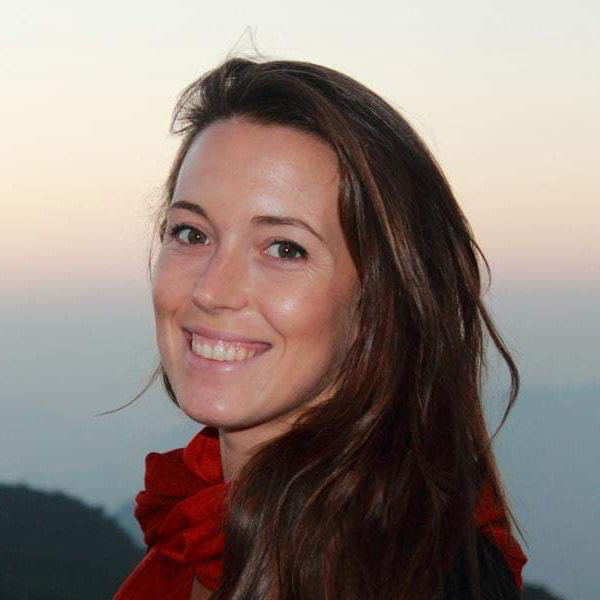 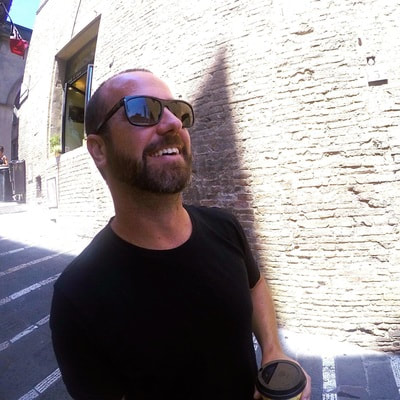 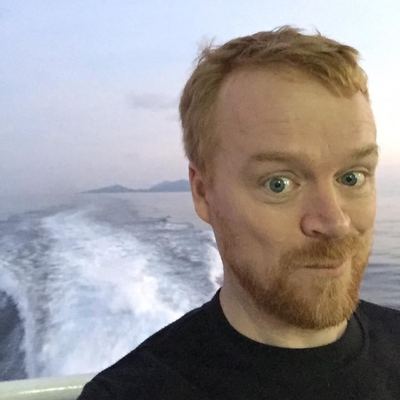 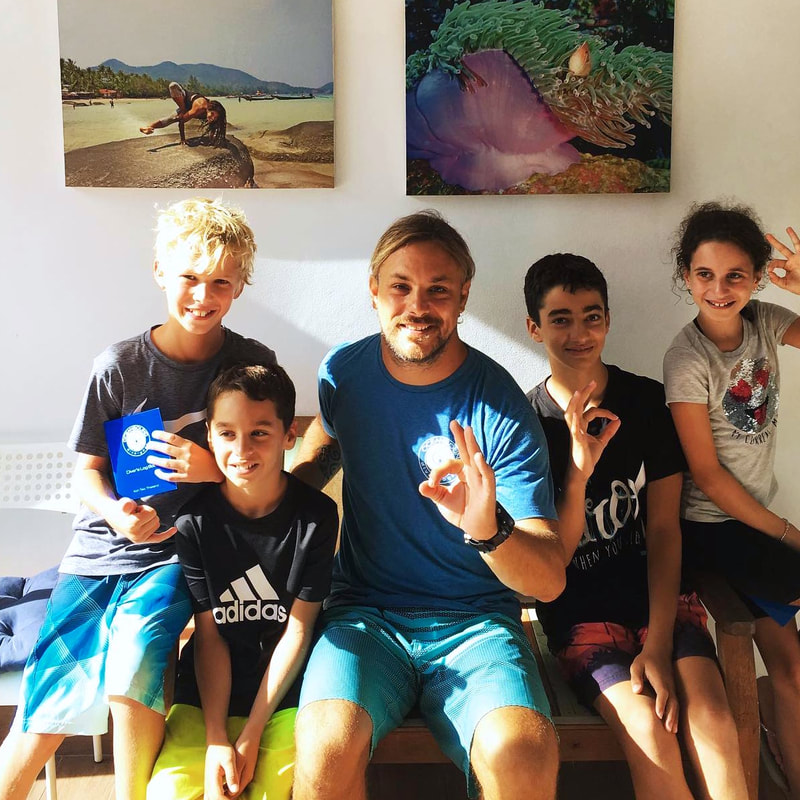 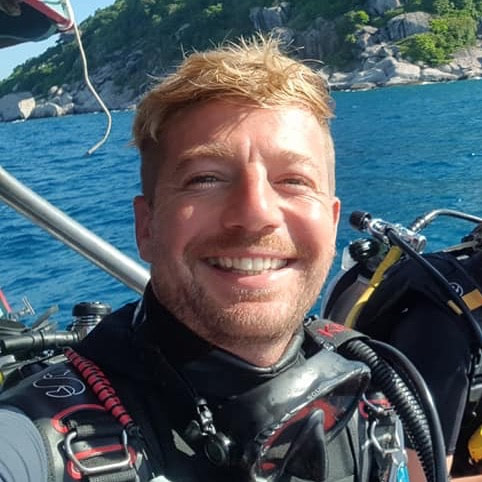 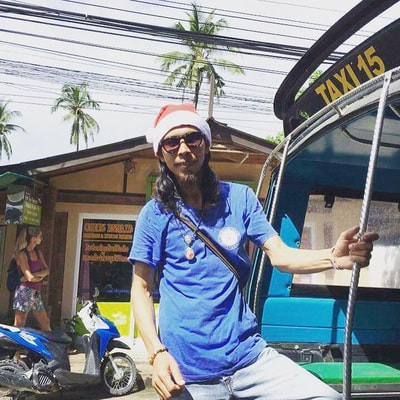 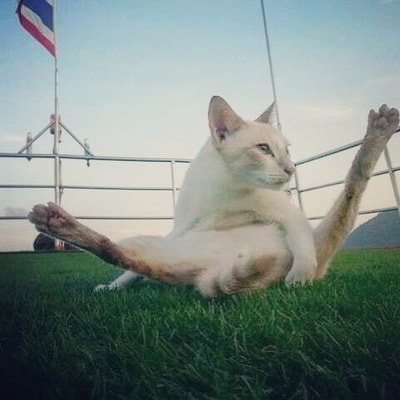 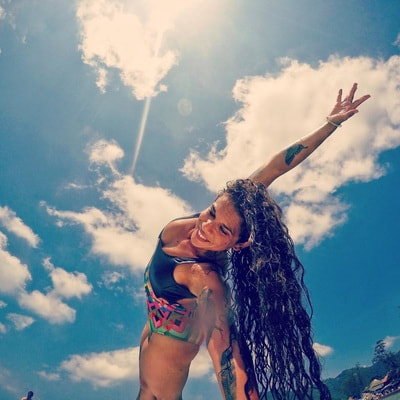 Will North, Co-Owner & Manager - PADI Staff Instructor #498156 (Canada)
Will’s passion for diving began in 1998, when he first learned to dive on the Great Barrier Reef during a backpacking trip. During his open water dives, he was hooked on the feeling of near-weightlessness. He returned home to Canada and taught public school for 8 years, but he never forgot his love for the ocean. In 2008, he took a leap of faith. He left his job, sold his house, and moved to Thailand to become a PADI instructor. This was a very good idea, and he hasn’t looked back since. Will spends most of his time welcoming guests, scheduling, organizing and supporting the incredible dive team at Ocean Sound Dive & Yoga. He also enjoys hiking, travel and motorcycles.

Jesper left his home country of Denmark after finishing school, to go backpacking in Australia for about 6 months before returning to begin University. While traveling, he decided to give diving a try, and it changed his life - he has now been working in the dive industry for over 20 years. In that time he has taught over 5000 students, which makes him one of the most experienced PADI instructors in the world! He’s also really, really good at spinning on his head on the bottom of the sea (above sea level, it’s a different story). Jesper manages the dive centre, spreading laughter while he works. When Jesper is not in the office, he climbs the highest mountains in the world.
Hernán Fucillo, Dive Instructor - PADI Open Water Scuba Instructor #424906 (Argentina)
Hernán's first dive was in a lagoon, back in 2001 in San Luis Potosi, Mexico. A few years later he started his PADI Open Water course in Argentina and then completed it in Koh Tao during a his travels. From that moment the connection was made, he was fascinated by the underwater world and the island lifestyle. After working almost 16 years in IT, Hernan decided to turn his life around, going back to Argentina to quit his job and return to Koh Tao to pursue his new passion. He is happy now combining diving and programming in a perfect life balance whilst living on this beautiful island. He has also been diving around Indonesia and worked in Gili Trawangan. An incredible fact, Hernán is a pilot and he loves altitude as much as he does the deep sea!

On December 30th, 2019, Sam certified her 1000th dive student! Big congrats to Sam on this milestone.
Originally from Brazil, Sâm has been traveling since she was 18. During a 3 year stint living in Australia, she went diving for the first time and the first seeds of change were planted. She then backpacked through Indonesia, and went diving again, this time getting her Open Water certification. Next up she explored the waters of the Philippines and Thailand, and was hooked for good. She decided to change her travel plans and her life plans. She gave up her plane ticket to go home, became a dive instructor, and has been living the dream ever since. Teaching is itself a passion, and when combined with diving, brings Sâm joy and pure happiness! When she's not diving, she loves to watch beautiful Koh Tao sunsets, listen to music, and cook feasts!

Kray is originally from the UK, but left to explore the world in 2011. His diving life started in 2012 while backpacking with his friend in Indonesia. Together they travelled and learned to dive all over SE Asia, Mexico, Australia and the USA. Kray spent lots of time diving in the Philippines and worked at a busy school on Boracay Island. He then made his way to Australia where he spent 6 years in the mining industry. His love for the ocean and meeting new people was always something he wanted to get back to, and so here he is, living his best island life on Koh Tao doing what he loves most!
﻿Anton Steenholt, PADI Open Water Scuba Instructor #361261 (Denmark)
In December 2019, Anton received the PADI Award of Excellence!
In the year 2000 Anton was on a family holiday in Koh Tao at the age of 12 when he learned to dive. As a junior swimmer, and a true water dog, scuba diving instantly became THE goal in life. After some years at school, 5 years working in an office, a good amount of backpacking trips and a big garage sale, Anton headed towards Koh Tao once again in 2014. Being able to introduce the magical underwater world and to share his passion with others is his dream come true. Besides diving, he loves to travel and still dreams of climbing a mountain one day. He loves the beach, frisbee, sunsets and palm trees and food, which is a hobby that he practices in good amounts every day.

Iris Nebot, Yoga Instructor - RYT 200 (Spain)
Iris prefers belonging to the present moment and to the memories spent in each new place. After living in different countries, she finished her Sustainable Development and Tourism Management studies, and started teaching yoga as a part-time job in Spain and Brazil. She then decided to quit her job and embark on another life changing trip, repeating the mantra "go with the flow" and completely trusting what the universe had to give her. This brought Iris to different South American countries and then to India, where she lived for several months and received her yoga teacher certification and also met the love of her life. Now they are living the dream with a wonderful little son on this beautiful island. Iris loves to create meaningful classes and transmit an important message with each practice.

Cynthia’s passion for yoga infuses every aspect of her life. Her dynamic vinyasa classes offer students the opportunity to go beyond what they thought possible, interweaving ancient teachings alongside progressive creativity and killer playlists. Cynthia is the co-founder of Ocean Sound and has travelled around the globe to study varied lineages from master teachers, and is deeply dedicated to her own practice, both on and off the mat. Above all, Cynthia’s studies, travels, and life experiences have shown her that the central tenet of yoga is absolutely true: we are all connected, and we are all one. Cynthia is now living in Scotland, but acting as a yoga consultant for Ocean Sound.

Ko is the best taxi driver on Koh Tao! As the Ocean Sound driver, he transports divers to the boat and swimming pool. He has great style and is always dressed to impress! Though we haven't yet gotten Ko to take his PADI course, Koh Tao's coolest taxi driver takes great care of our divers above sea level. When he's not driving his taxi, he's a bit of a pool shark and also loves playing with his young son, Gong.

Mr. White is the most popular guy at Ocean Sound. He lives on the dive boat, and loves to cuddle with our divers, play on the grass covered sundeck of the boat, and eat fresh sushi. He does not love being on dry land as he has major sea legs. He also really loves to snooze in bags, so make sure you check your backpack before you get off the dive boat, or you may end up with a stowaway!
Back To Top Of Page